We were tasked with installing a playground and picnic area for a large new apartment complex. It’s always exciting to be brought on with an entirely new development so we set out to deliver as Zoom does.

Throughout the project, some minor scheduling conflicts arose, which affected the planned order of installation.The picnic tables and barbecues were originally planned to be installed in-ground, prior to concrete being poured. With scheduling conflicts, our team needed to adjust and install tables and barbecues after concrete was poured.
-
Cliff Cowing
, Zoom Recreation 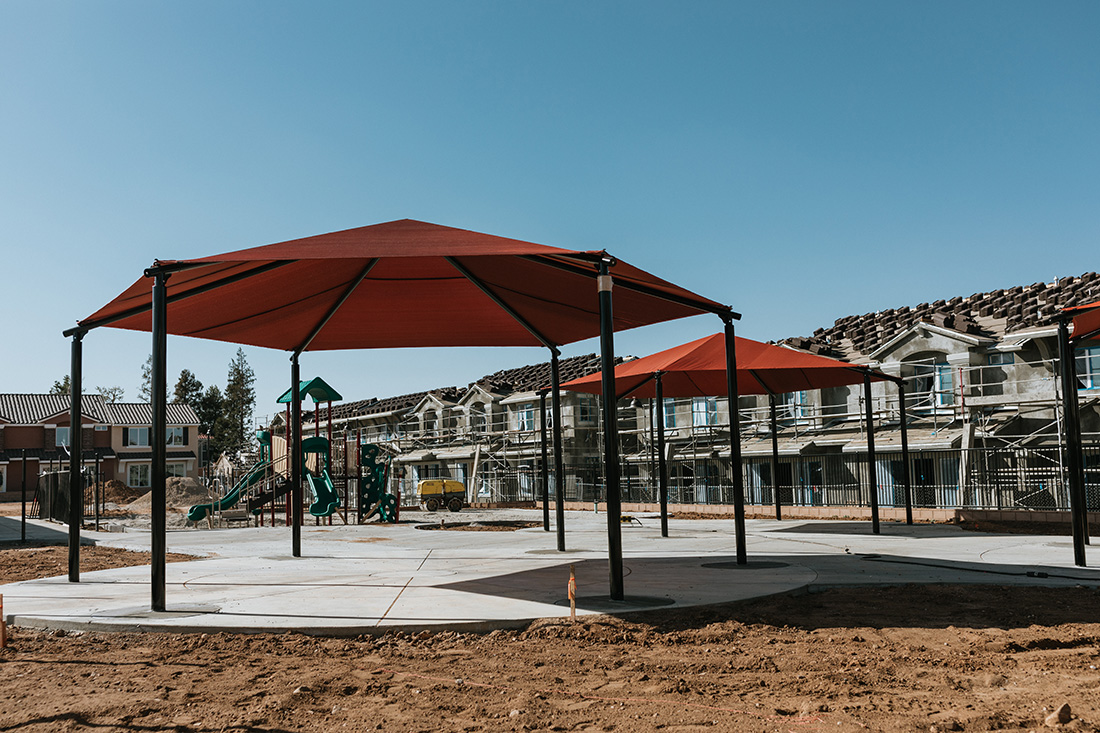 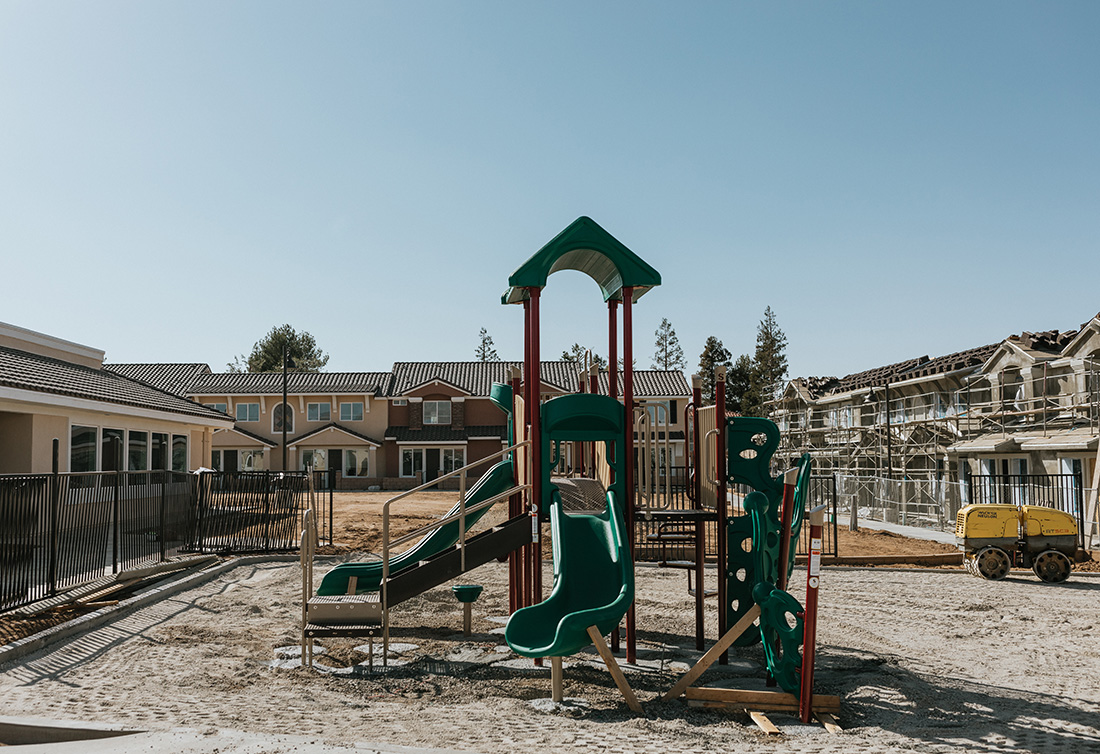 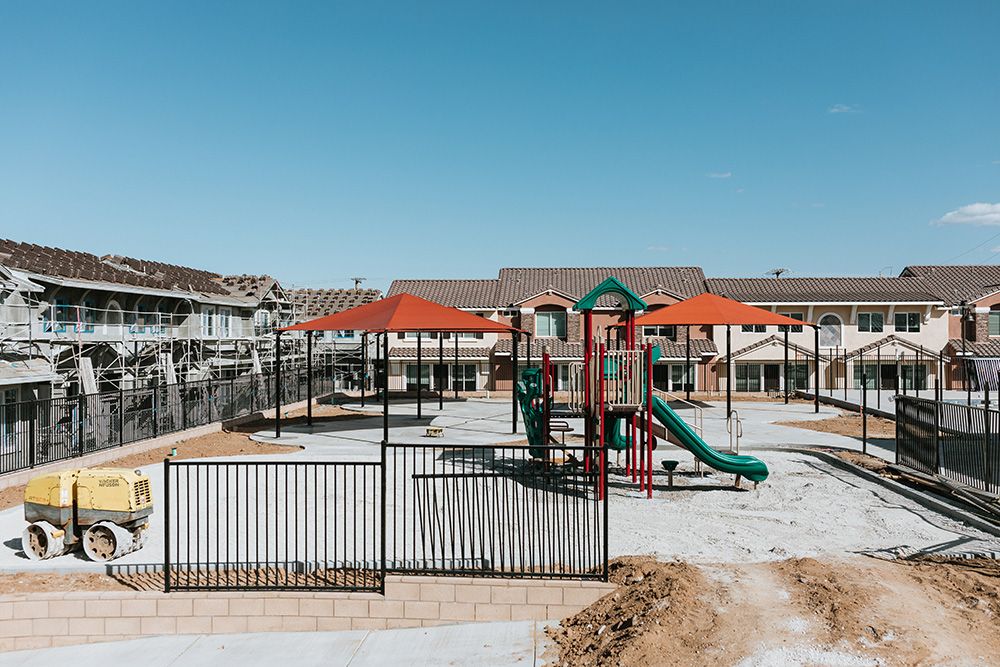 Collection item is empty - fill this information out in the collection

To account for schedule changes and adjust our installation, we hired a skilled welder and fabricator. He was able to convert the in-ground mounts into surface mounts that met the manufacturer's specifications, so we could install the picnic tables and barbecues into the concrete.
-
Cliff Cowing
, Zoom Recreation 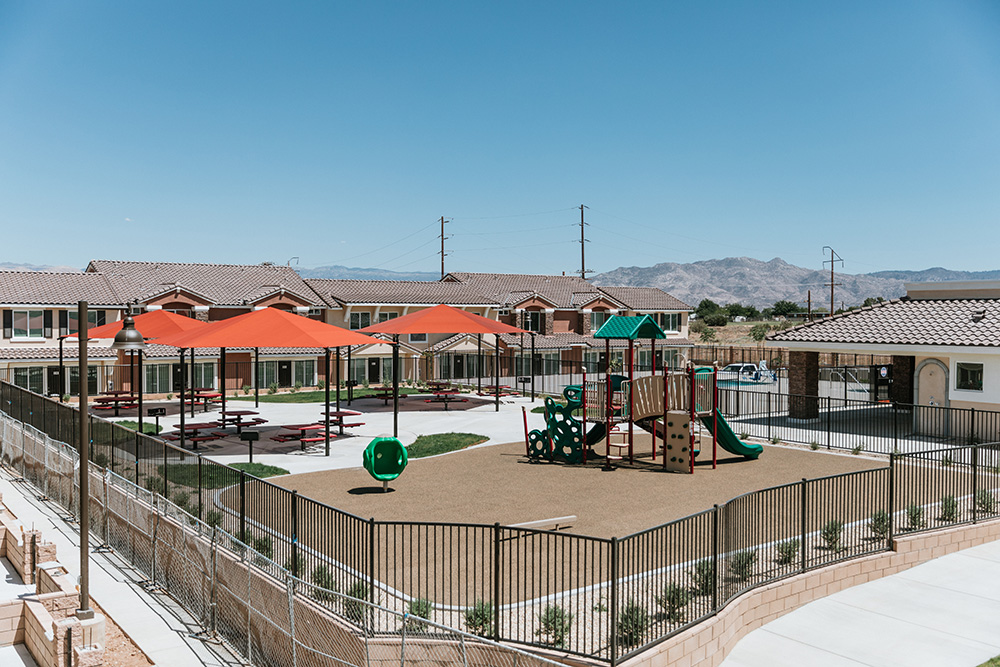 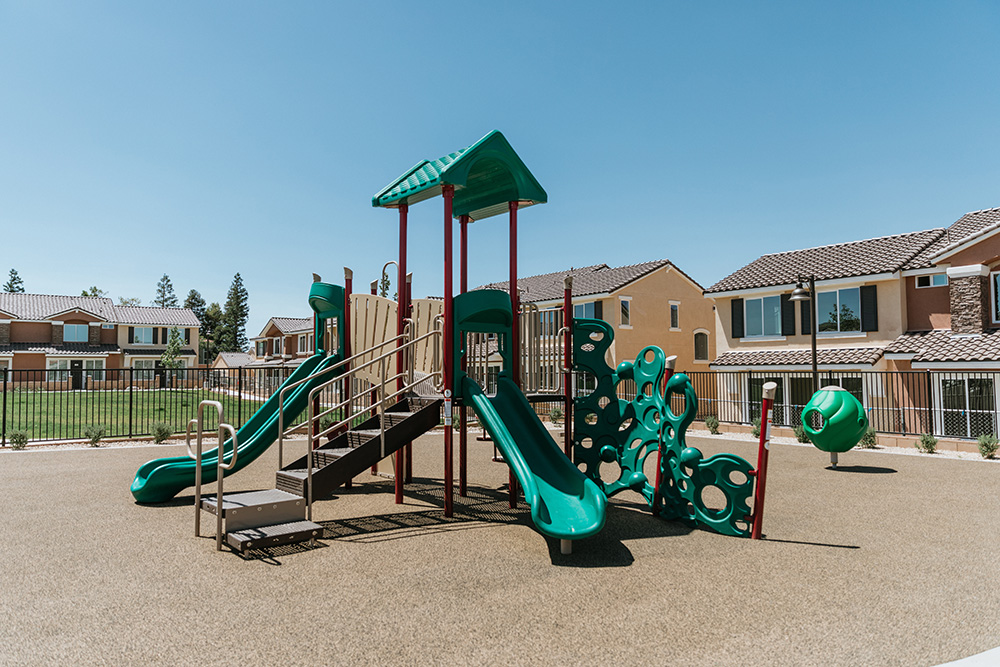 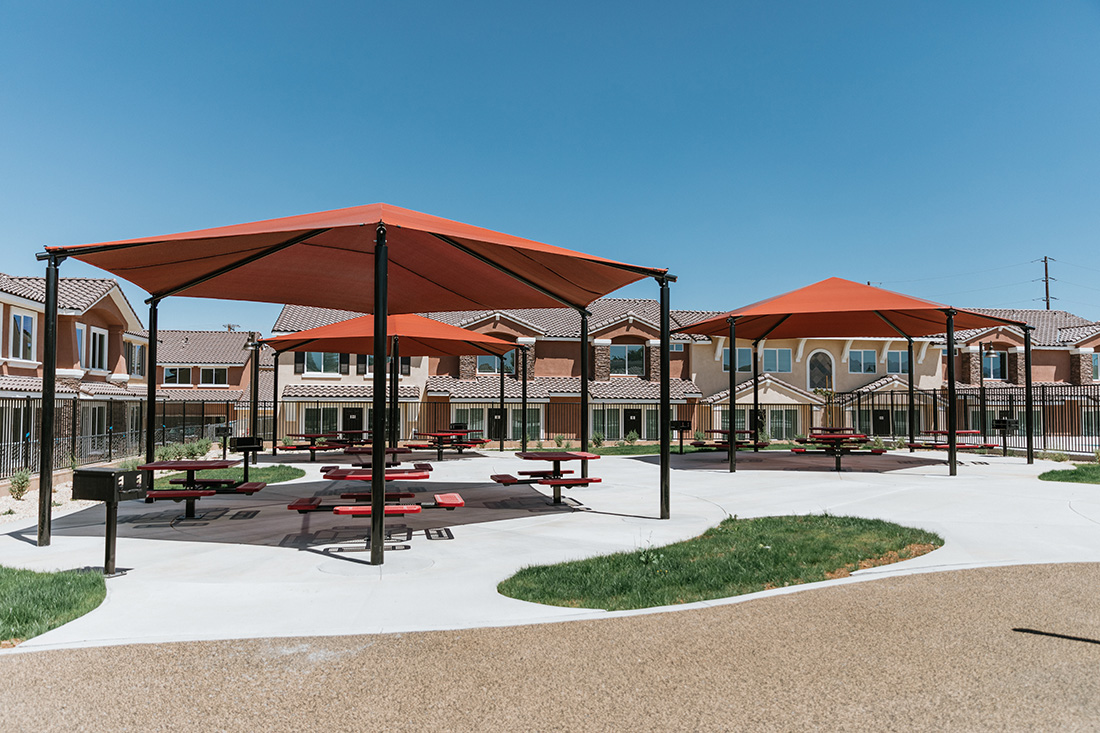 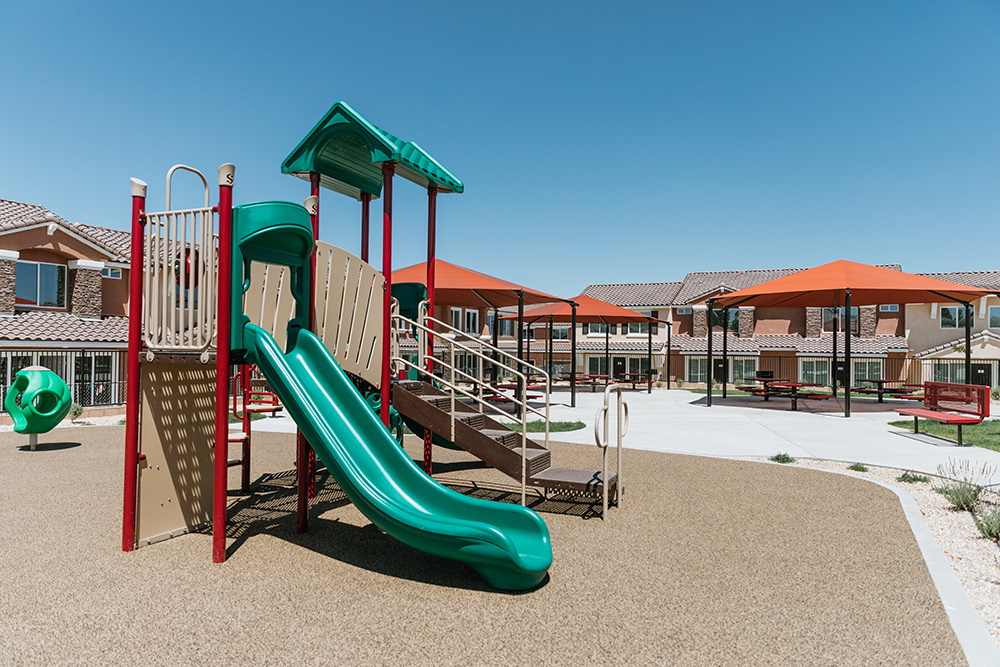 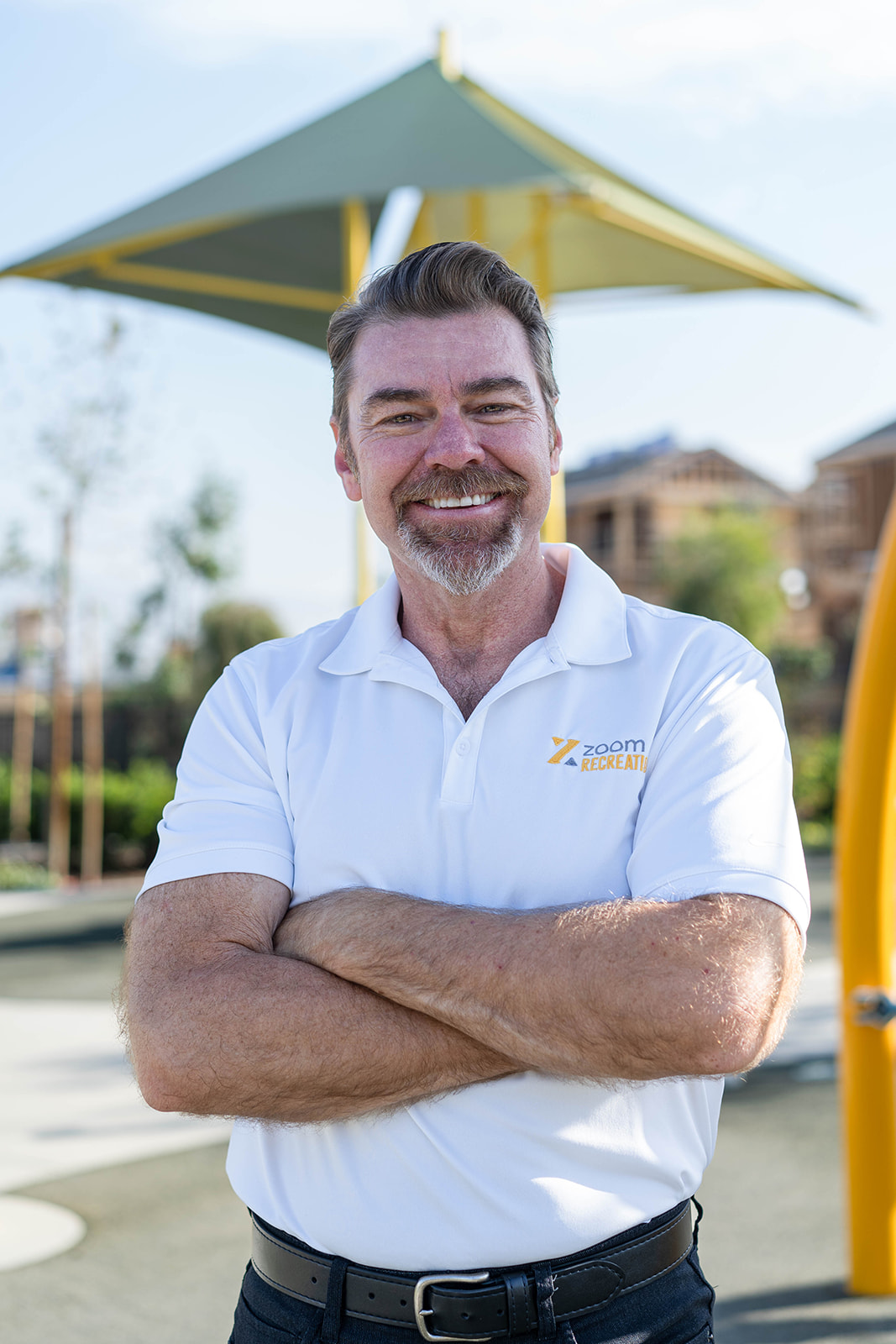 There are so many wonderful things I enjoy about my role as a project manager at Zoom Recreation that it's a challenge to narrow it down to just a few. I think one of the things I enjoy most about my role with Zoom is having the opportunity to deliver fun and excitement! I remember being a child and spending hours on the playground with my friends, lost in my imagination of being an astronaut or having to avoid stepping on the hot, volcanic lava, which was of course sand. Light speed ahead to today and I've had the most amazing opportunity to see my own children and now first grandchild enjoy modern playgrounds. Play is a fundamental part of a child's development where they acquire mental and physical skills that last a lifetime and playgrounds are an integral part of that journey. I'm just thrilled to be a part of it! Outside of work, I'm enjoying time with my family. There's nothing I love more than a weekend getaway together! Whether it's at a backyard BBQ, the beach, or the mountains- it doesn't matter, as long as we're together.

contact@zoomrecreation.com
(866) 650-7685
Thank you! Your submission has been received!
Oops! Something went wrong while submitting the form.
View our work